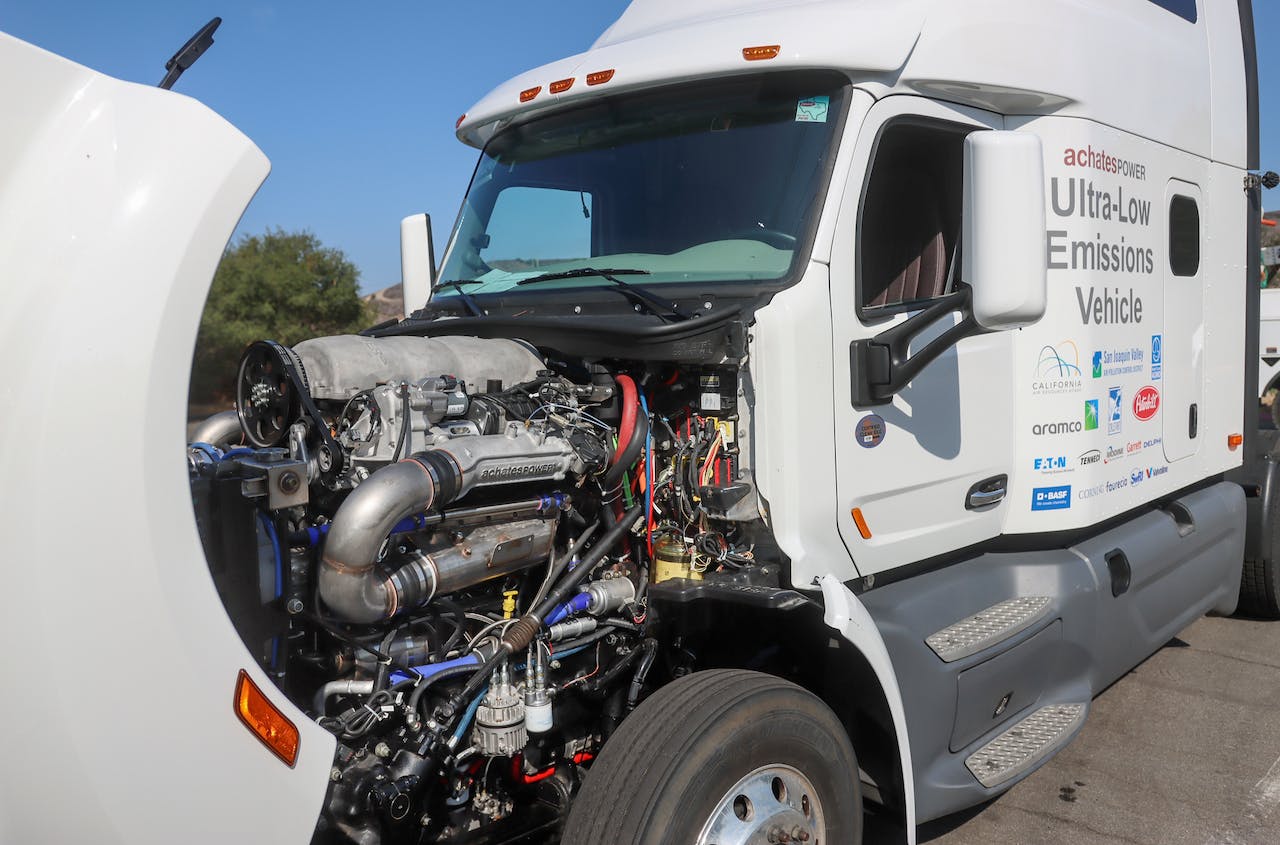 Achates Power says its new engine is the first diesel engine on the road to be compliant with CARB’s stringent 2027 ultra-low NOx emissions regulations.Achates Power has announced that the heavy-duty diesel engine it developed in a project funded by the California Air Resources Board (CARB) and several partners has entered fleet service with Walmart in a Peterbilt 579 tractor.

The company says this is the only diesel engine operating on the road capable of meeting CARB’s 2027 regulation, which requires a 90% reduction in emissions of nitrogen oxide (NOx) compared to current standards.

Achates says the cleaner engine is able to deliver ultra-low NOx by managing exhaust gas temperatures to ensure rapid catalyst light off and by maintaining aftertreatment temperatures at optimum operating conditions in all driving conditions.