It’s now being tested in a Walmart fleet truck, which could pave the way to mass adoption. 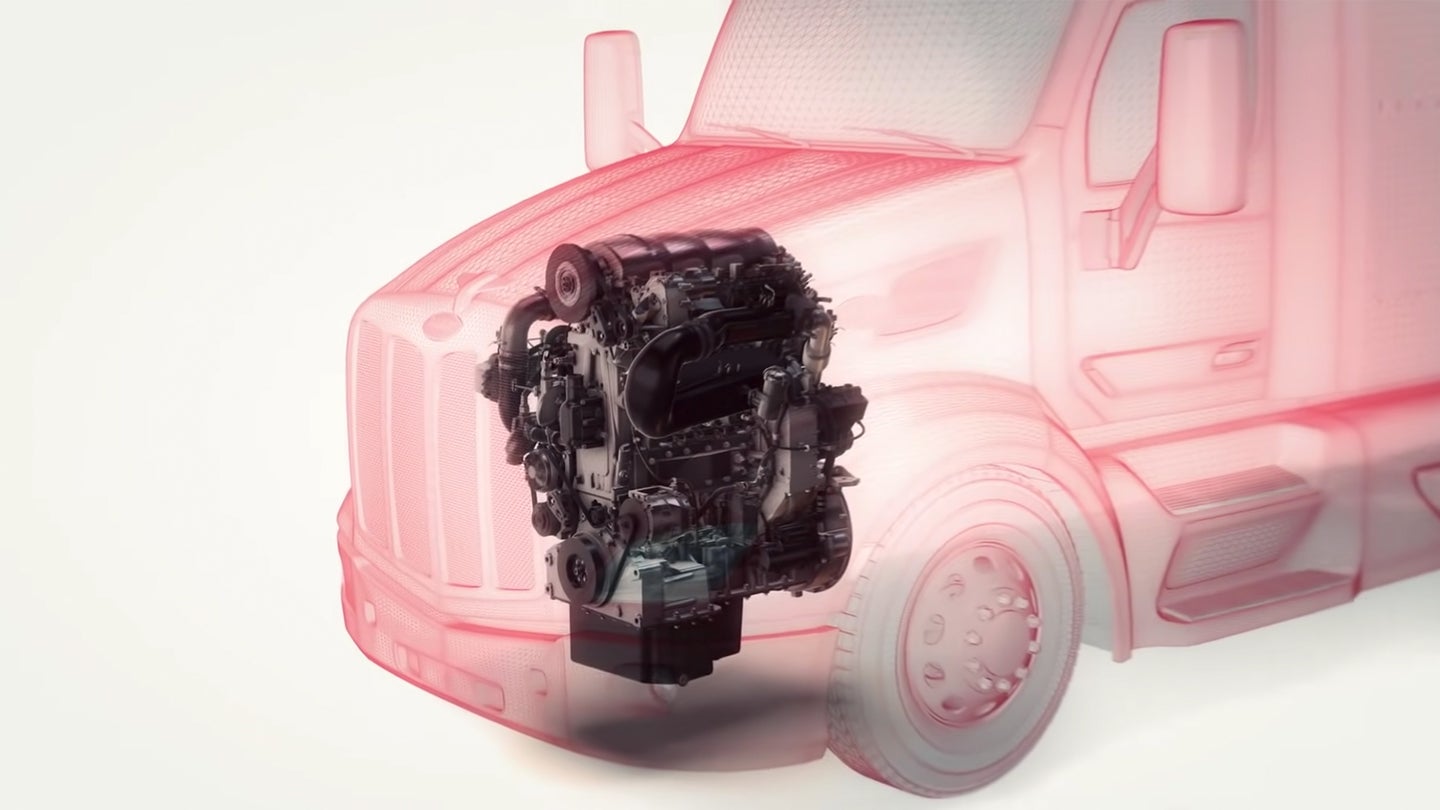 NOx emissions from diesel vehicles, which have proven to be much higher in the real world than predicted in laboratory conditions, have even been blamed for tens of thousands of premature deaths. But as of right now, there’s not a great substitute in every application. Scandals like Dieselgate in the consumer automotive segment are, after half a decade, still rolling on and even with emissions defeat devices under siege, diesel has become a dirty word.

For regular cars, it’s pretty much a no-brainer to switch away from diesel where you can but for haulage and big trucks, that’s more of a problem. Despite major efforts to switch heavy-duty to electric, it’s not all straightforward and in the meantime, we need to move a bunch of stuff somehow, all while meeting emissions targets. Which is how a specialist, opposed-piston engine supplier might just have made the cleanest diesel truck ever, soon to be working to shift Walmart’s freight around in California.

California sets the standard for strict emissions legislation, so getting trucks that can haul there is important way beyond the West Coast. As Commercial Carrier Journal points out, this is why it’s extremely cool that Achates Power has managed to make a two-stroke, opposed-piston engine that meets the 2027 targets already. What’s more, it hit 400 horsepower and 1,750 pound-feet of torque on the dyno with the potential for more.

Funded by Saudi Aramco, the project kicked off in 2018 when the oil giant started backing research into cleaner combustion engines, much like its work with Mazda. Achates was specifically looking into this kind of opposed-piston engine, having recognized that there was more potential to emissions-save in an economic way with a two-stroke than a four-stroke. Founded by (combustion innovator) James Lemke and (Walmart heir) James Walton, Achates took inspiration from aviation to specifically pursue only this sort of build.

They’ve been testing the engine at two sites, an Aramco dyno in Detroit and Achates’ own facility in San Diego, and it’s also been fitted to a Peterbilt 579 for real-world testing, so this isn’t another Dieselgate overpromise waiting to happen at least. They’re so confident it works, the Walmart truck is rolling out in July with the three-cylinder, six-piston, 10.6-liter engine fitted, in a culmination of the late company founders’ intentions.

The project has been assessed by CALSTART, who research emissions standards testing in California and confirmed to be able to meet the 0.02 grams per brake horsepower hour limit for ultra-low NOx. In fact, CALSTART Executive Vice President Bill Van Amburg has been quoted as saying it’s “the cleanest combustion, lowest carbon combustion engine in the world.”

Achates Power’s Chief Technical Officer Fabien Redon also says it could actually get cleaner. The engine, because of the way it’s designed, could be used for gasoline, natural gas, or even hydrogen combustion as well as diesel. “You can imagine an engine burning hydrogen basically without any after-treatment system requirement and without any actual emissions coming out of the tailpipe.”

Redon said there was a potential advantage over fuel-cell hydrogen use because combustion needs less high-grade hydrogen: “Another interesting aspect of an internal combustion engine burning hydrogen is that it doesn’t require a very high purity of hydrogen, which opens up the door for low cost hydrogen and different sources of hydrogen as well.”

It should be noted that hydrogen combustion engines do produce NOx as a side effect, although it can be made very minimal with technologies like air recirculation.

Got a story tip? Mail me on hazel@thedrive.com